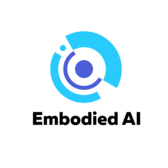 Dear Readers, Welcome to issue #5 of Embodied AI, your bi-weekly synthesis of the latest news, techno